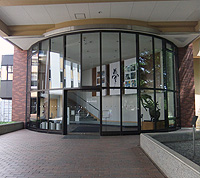 The materials collected at the Museum are diverse, and range from the history of education in Japan, the arts, folklore, and archaeology, to materials on Schweitzer, Tamagawa founder Kuniyoshi Obara, the history of Tamagawa, the John Gould Bird Series lithographs (including a digital library), a collection of Eastern Orthodox Church icons, and Italian art dating from the 17th to the 19th centuries. In all, the Museum's holdings encompass more than 30,000 items in a wide range of fields. Every year, about 500 carefully selected materials are exhibited and made open within the school and to the general public. Uniquely planned exhibitions that have been widely acclaimed are also held from time to time.