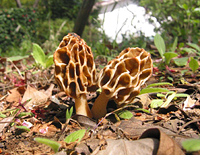 The Mycology & Metabolic Diversity Research Center has constructed huge microbial libraries consisting of more than 20,000 microbial isolates and 30,000 cultured extracts. A number of new species and interesting fungi as well as novel bioactive compounds have already been identified from the library. We have conducted a number of collaborative research efforts with national institutes, other universities, and domestic and international companies. We also focus our strategy on the mainstream of applied microbiology which includes bioconversion using the enzymes of microbes and metabolic engineering. In 2005, a biotech venture company called HyphaGenesis Inc., was established based on our research results. In addition, we bi-annually organize the workshop on microbial resources, which attracts industrial and university scientists.